When There Are No Role Models for What You’re Doing

(And What the Women of Hidden Figures Can Teach Us) 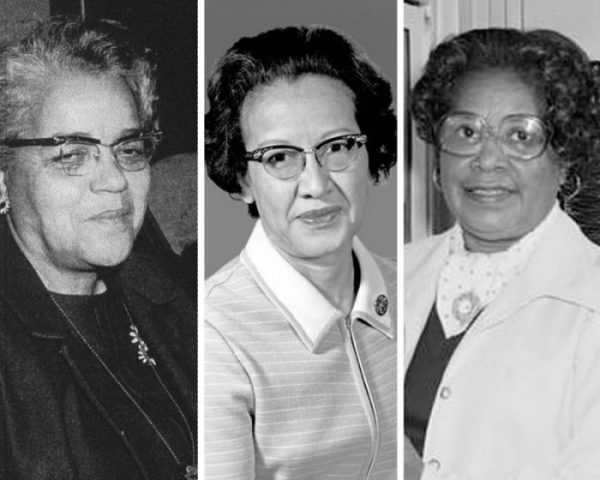 No one else around you is doing anything similar. It’s great to know you’re breaking new ground.

But it can also feel hugely isolating every now and then, with no one to turn to in the moments you feel wobbly and unsure about what you’re doing.

When there’s little to no support in your immediate circle and no role models to lean on for inspiration or guidance, it’s tough to stay motivated and keep pushing, especially when you bump up against obstacles.

At times like these, affirmations and positive thinking doesn’t even begin to cut it. Frankly speaking, the source of inspiration needs to feel more concrete than chanting a bunch of positive words to myself.

I need to know that I can do this, that there is a chance of succeeding when the odds are stacked against me. I need to keep believing when no one else does.

Finding Inspiration to Keep Going When it Gets Tough

When it comes to having little to no role models and trying to break new ground in your work or your life, I’ve learned a lot from the characters of the compelling story, Hidden Figures, by Margot Lee Shetterly. If you haven’t read the book, or seen the movie, I highly recommend it.

Finding inspiration from other people’s stories can spark the resilience needed to keep going. At the very least, it helps us to not give up on our goals, but just take a pause to rest and re-group.

When I realize I’m indulging in self-pity and moping about how hard everything is, this story comes to mind to shake me out of that self-pity mode.

The incredible accomplishments by the three main characters are real life stories. If they can accomplish so much under such tough circumstances, then surely I can take a leaf out of their book and figure out a way for myself too.

Hidden Figures documents the story of three bright and talented African-Americans and their contribution to the Space Race with NASA from the 1930s through the 1960s.

So what’s the big deal?

Imagine the barriers they faced right from the get go.

Even though I can relate with some of this, being an ethnic minority female myself, I can only imagine how much harder it was for these three women living in the segregation era, where they were highly marginalized.

And yet, what they accomplished was truly groundbreaking in more ways than one.

Though the movie takes some artistic license versus the book, what both of them capture, in essence, is the fierce commitment and the value these individuals placed on their work, as well as the drive and resilience they demonstrated in order to fulfill their purpose. It helped pave the way for other women to follow suit.

What We Can Learn From the Women in Hidden Figures

1. Stay in the Game. Keep Showing Up.

Like Katherine G. Johnson who was barred from attending editorial meetings that were reserved for males only. It wasn’t a rule, but a ‘rule of thumb’. She dared to challenge it.

She didn’t let the rejections deter her from the belief that she rightfully deserved a place in those meetings. Katherine believed in the importance and the difference it would make, and so, she never gave up her insistence to attend, despite being refused over and over again.

Eventually they gave up and let her in.

Her dedication to her work also resulted in being the first woman in her division to receive recognition as co-author of a research report.

It may not seem like a big deal in today’s world, but to be the first in setting a new precedent while facing obstruction at virtually every turn is remarkable.

Too often we give up at the first hurdle, allowing a setback to hold us back, keep us down. Instead, what’s really needed is to get back up, dust ourselves off, reaffirm the belief in what we’re doing and try again.

2. Be Proactive. Don’t Wait For Permission.

Like Dorothy Vaughan who saw the future of computing being done by machines and no longer by humans.

At 50 years old, Dorothy took the initiative to teach herself FORTRAN and reinvent herself as a computer programmer. She didn’t wait to be asked. It doesn’t occur to her that age would be a hindrance.

Dorothy went on to help other colleagues retool themselves as programmers and she became the go-to expert in FORTRAN. As a leader in her division, she would advocate for the women she supervised, and advocated even for those she didn’t, including white women in other groups who deserved recognition.

In her own words, she says, “What I could change, I did. What I couldn’t, I endured.”

What’s the next step can you take instead of waiting for permission or waiting for someone else to try it first?

3. Set a New Precedent. Be the Trailblazer for Others.

Like Mary Jackson who wanted to further her career and become an engineer.

The education required to become an engineer was only available from classes held at a whites-only school. So steely was her determination that she was not willing to let the state of Virginia’s segregation policy stand in her way.

Mary petitioned to be allowed to attend those classes. In the book, it described the experience as a ‘grit-your-teeth, close-your-eyes, take-a-deep-breath kind of indignity’ to appear before the school board with her case.

Dare to be different. Dare to be the first. Most likely what you’re doing may exist in some other shape or form, but not exactly the same as what you’re doing. Reach out to the relevant places and get the green light you need to create your own unique result.

The common thread among these three women is one of perseverance, tenacity and belief. The belief in themselves and also the belief in their mission: that they were working to achieve something bigger than themselves.

Despite the barriers, the personal struggles and the frustrations that arose, they never deserted their goals.

Sometimes it takes a mission, a purpose that goes beyond the material goals we wish to achieve in order stay on the path, despite the obstacles.

You may not be trying to put people on the moon (or Mars), but you’re breaking new ground for yourself.

No matter how tough it sometimes feels, if you truly believe in what you’re creating, then stay with it. Remember why you started on this path in the first place.

Like the women in Hidden Figures, keep going, don’t give up, don’t wait to be given permission and dare to be the first.

In other words, instead of waiting for a role model, you become the role model. As a result, you’ll be inspiring others to go after their own goals.

I’d like to end by inviting you to ponder this question: If people came up and said, “Thank you for showing me it was possible”, what would that be?

Enter your details to grab my FREE awesome freebie

To edit this opt-in text/box, refer to the Initial Set Up Instructions Page